USS TROUT IS IN TEXAS FOR SCRAPING

2021 Spring Get together in Charleston, SC. Mid April info to follow

She was built by the Electric Boat Division of General Dynamics Corporation in Groton, Connecticut as a Fast Attack, USS TANG (SS 563) Class, Diesel Electric Submarine.
TROUT is the second submarine in the U.S. Navy to, bear the name Her predecessor, USS TROUT SS 202, distinguished herself in ten war patrols-during World War II in which she sank 25 enemy ships for a total of 75,000 tons. She was lost on her eleventh patrol in Feburary, 29, 1944, leaving a great tradition of excellence for her namesake.
TROUT was commanded by LCDR E. L. WILLEVER of Stewartsville, New Jersey in 1966. Her Executive Officer is LCDR E. J. SABOL, Jr., of Medina, Ohio. She has a complement of 10 officers and men. She is powered by three diesel engines when surfaced and two batteries when submerged. After her Commissioning, TROUT operated as a unit of Submarine squadron
TEN in New London, Connecticut until August 1960. The keel was laid down by Electric Boat Division in Groton Connecticut on December 1, 1949. It was launched August 21, 1951. She now operates as a unit of Submarine Squadron FOUR with Charleston, South Carolina as her homeport.
During TROUT'S years of service she has taken part in many exercises with our own and allied navies and has visited many-European, Caribbean and South American ports.

In March 1959, TROUT set a record for distance traveled under ice for a diesel-electric type submarine. In September of the same year, TROUT deployed to the Mediterranean to serve with the U.S. Sixth Fleet. En route to her homeport, she stopped in Bergen, Norway to represent the United States at the 5Oth Anniversary Celebration of the Norwegian Submarine Force.
TROUT was a test vehicle for the Bureau of Ships "Shock Tests" in February 1960. She was the first ship to complete these tests. TROUT was awarded the Battle Efficiency Award in 1961. She wore the coveted white "E" on her sail for one year as the symbol of standing first among the submarines of Squadron FOUR in annual competition.

Oct. 1962, the TROUT was sent out as point vessel to possibly sink a Soviet merchant ship that was transporting ICBM's into Cuba. It was real dicey. We will remember it as the Cuban Missile Crisis. William Crowe was skipper of the trout at that time. Later in his Naval Career he was promoted to the rank of Admiral and Admiral William Crowe was appointed Chairman Joint Chiefs of staff.

In early 1963 TROUT rendered service's to the Operational-Test and Evaluation Force for several project operations. She assisted the surface Anti-Submarine Forces by simulating an unfriendly unit penetrating U.S. waters. She also assumed the role of enemy while hindering major fleet amphibious exercises.
TROUT spent the remainder of 1963 undergoing an extensive overhaul at Charleston Naval Shipyard.
In 1964, after post-overhaul fire control checks in New London, Connecticut, TROUT made preparations for another Mediterranean deployment. She arrived in Lisbon, Portugal on April 17th and from there visited the ports of Palma, Barcelona, Cannes, Toulon, Naples, Athens and Malta, Operations during the deployment included exercises with various NATO commands. During the latter part of 1964, TROUT participated-in a joint Canadian-U.S. exercise along the East Coast of the United States and: assisted the U.S. Navy Underwater Sound Laboratory; in its evaluation of new developments in electronic equipment.
1965 was a busy year for TROUT. The months of March and April were spent in Guantanamo Bay, Cuba, providing services to Anti-submarine Warfare forces. Visits to Port Antonio and Montego Bay and Kingston Jamaica highlighted this deployment. In May TROUT received a new battery installment and accomplished interim docking at Charleston Naval Shipyard. In July TROUT was once again honored with the award of the Battle Efficiency "E" for Excellence, having achieved top standing among the submarines of Submarine Division FORTY TWO in the annual competition.
During the later part of 1965 TROUT participated in a mine laying exercise with several other submarines that Were Opposed by "enemy" aircraft and surface ships. This was followed by an exercise that required TROUT to make an undetected submerged transit through waters controlled by "enemy" ships, planes and submarines.
In February and March l966 TROUT spent Six weeks in the Caribbean providing services for Anti-submarine Warfare, forces in Guantanamo Bay, Cuba, and for the Operational Test and Evaluation Force, both in St. Croix U.S. Virgin Islands, and Key West, Florida.
In July 1970, she was assigned to the Pacific Fleet.
Homeported at San Diego, California, TROUT conducted two WesPac deployments -- in 1972 and 1975 -- primarily providing submarine services during ASW exercises conducted by warships of the U.S., South Korea, or Nationalist Chinese navies. Between these deployments, the submarine participated in antisubmarine warfare exercises and conducted local operations off the southern California operating areas, punctuating this service with weapons tests in the Pacific Northwest, out of Puget Sound.
After returning from her second WesPac deployment to San Diego on 20 January 1976, TROUT operated off the west coast until receiving orders on 1 December changing her homeport to Philadelphia. She was decommissioned and struck from the Navy list on 19 December 1978 and sold to Iran. When the American hostages were seized at the American Embassy in Iran, TROUT was seized as an Iranian asset. She was sold to Naval Undersea Warfare Center for scrap value of $20,000 in 1992 and was going to be used as a target remotely controlled (unmanned) target vessel for the US Naval Aircraft in Key West, FL

Weather active duty, retired, national guard or reserve is someone who, at one point in his life,
wrote a blank check payable to, "The United States of America"
for the amount of "up to and including my life."
That is honor, and there are way to many people in this country who no longer understand it. 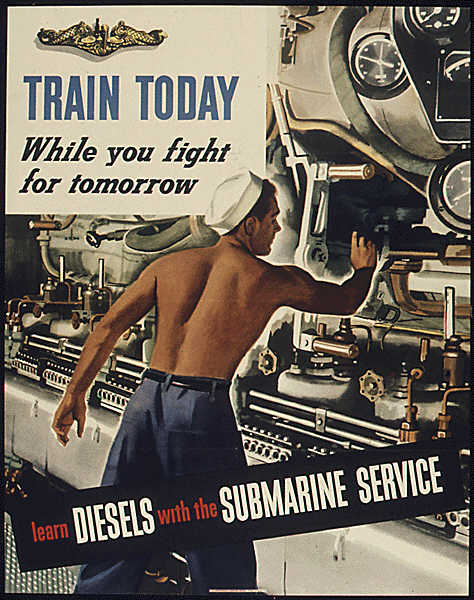 Click This Link to JOIN THE CREW AT * SUBMARINESAILOR.COM

CLICK HERE FOR 50 WAYS TO REMEMBER YOUR OLD SUB DAYS

THIS SIGHT WILL ALWAYS BE UNDER CONSTRUCTION!